Ridge vent VS box vents. Is one better than the other?

There are many sources with different opinions all over the internet, regarding which type of vent is the best to use on an asphalt shingle roof. Ridge vents and Several different types of box vents are most commonly compared, when figuring out which choice of roof venting will work best for your home.

It is common knowledge that every roof needs to have some sort of ventilation. Without it, mold can form, plywood can delaminate, and the shingles can cook from the sun. Your choice of vents can range from Whirly bird style vents, solar roof vents, dormer vents, and more. The discussion regarding vents will typically be about ridge and box vents, and which one will do the best job in ventilating your roof. Solar vents are also becomming more common, and will probably be installed more often, as the quality of having solar technology be applied to powering roof vents is improved over the years

Ridge vents have been the trend for at least the past 10 years. Everybody sees their neighbor getting new ridge vents installed on their home when having a new roof put on. Sometimes this will lead people to adding this type of vent to their own home, before the roof is in need of replacing; removing the old box vents, and leaving the existing shingles on the roof. This will typically involve removing the vents and some shingles where the old box vents were located, and if they do the job correctly. They will replace the height of the sheet of plywood they are working on. And will span at least 3 rafters, to keep the structural integrity of the roof intact. After this is complete the process can begin in taking care of removing the ridge caps from the roof, and cutting a gap on both edges of plywood, to allow the new vents to provide airflow to the attic. It is a fairly complex job requiring that the new vents, wood and shingles are tied in to the existing roof properly.

Box vents have gotten quite a bit of slack, due to the rise in popularity of the ridge vent.They are typically made of metal or plastic, and will be installed on the backside of most roofs, where holes have been cut for them to be able to provide flow to the attic.They often site at least a foot or more below the ridge line of the roof. They do not produce the effect of a raised ridge, when looking at a home from the ground, and are negatively talked about by a large amount of ridge ventilation supporters. The truth is, when properly installed, box vents can add sufficient ventilation to your home. You will find that there are many homes that require a box vent of some sort, due to the way they were built. And not having many enough linear ft of ridge to install venting on. Some people would also rather not see their roof vents from the front of their homes.

While everybody is talking about the vents on their roof. Many people miss the fact that these vents at the top of the roof should act as an exhaust only. With some sort of soffit vent below the roof. Or if that is not possible, a box vent , or something similar within a few feet of the bottom of the roof. To have an adequately ventilated attic, You must have an intake and exhaust. Air needs to be able to enter from the lower roofline of an attic space, and leave the attic from the upper portion of the roof. Without the coordination of upper and lower roof vents, you will have low, to no airflow in your attic, which coulde cause all sorts of problems, including mold, higher energy bills, and even your plywood and shingles failing prematurely. Many homes will have soffit ventilation, and often these homes are insulated with blown in insulation, such as fiberglass, or cellulose. When the insulation is blown into the attic, there is a good possibilty that it will find its way to the soffit (intake) vents, and slow the flow of air into the lower area of the attic space. Whenever this happens, the type of vent you have at the top of your roof does not matter. And trying to gain better ventilation through roof venting, won't make a difference in helping with the moevement of air. If you think you have ventilation problems in your roof, but can see that there is some type of shingle roof venting installed. It is a fairly easy job, to have the soffit vents removed and replaced, allowing for any trapped insulation to be removed from the holes. Which will allow the intake of the ventilation system, to function as it should.

Sometimes we see a combination of ridge and box vents near the top of the roof. It could easily be believed, that adding more vents to the roof, would be a good idea, and would allow the attic to flow more adequately. When used in conjunction, this setup can often cause a short circuit in the ventilation system, allowing for the lower vent near the top of the roof, to act as an intake, with the air venting out of the ridge. This can stop the intake flow from the bottom of the attic space, causing the air to have much less movement across the entire area of the attic. It is sometimes ok to have both types of vents on a roof, as some houses have ridge on some areas of the roof, with hips at other areas, not allowing for ridge vent. Other oofs may have walls built between to areas in the attic, in which one vent may be better suited to allow this extra space to flow.

Box vents, and ridge alike, both have their place when it comes to ventilating different types of roofs. We find that box vents are almost always a solid choice for any roof. When placed and installed correctly, with the right amount of vents for the area of the attic space. They will perform as well, if not better than ridge vents on the same roof. Ridge vents do have their limitations, and we do not like to use them on roofs that are of low pitch. While the manufacturers allow for it, many years of experience has taught us that a roof of a 4/12 pitch or lower can be prone to water and dust intrusion into the home. We will confidently, and properly install them on any roof that has more of a pitch to it. Think wind blown rain, and you will probably come to the same conclusion as we have. If asked our opinion by a homeowner about adding or changing roof ventilation types, before the roof is in need of replacement. We may suggest to add more venting, installed to keep the intake and exhaust working as one unit. Unless you can not get sufficient ventilation with your current type of setup. Changing the type of vents on your existing roof, will probably not leave you much better of than keeping the vents that you have.

A properly ventilated roof requires an intake and exhaust 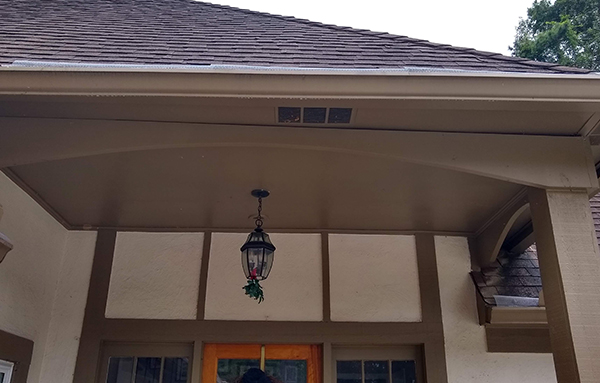 Be sure that your entire attic ventilation system is present and properly functioning. Before looking to the top of your roof (if you have ventilation up there of course!), you may want to confirm that you have enough soffit or lower roof ventilation, and that the vents are free of any debris. 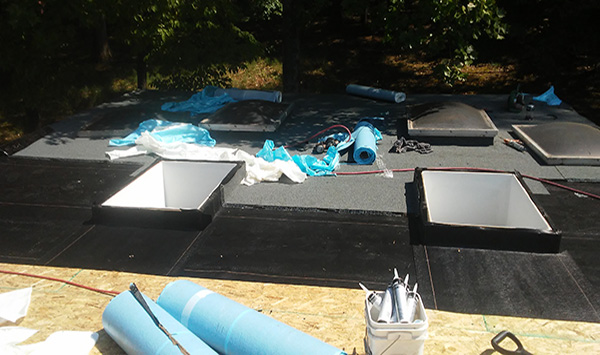 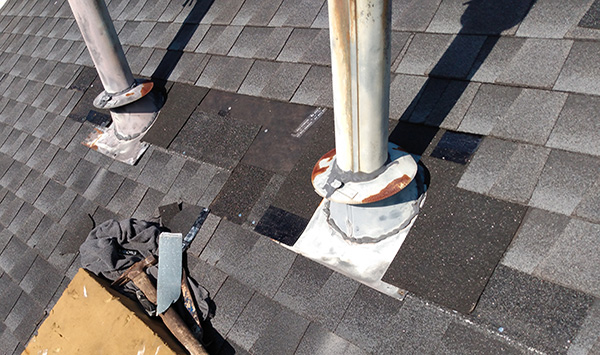 When is a Roof Repair a Good Choice? 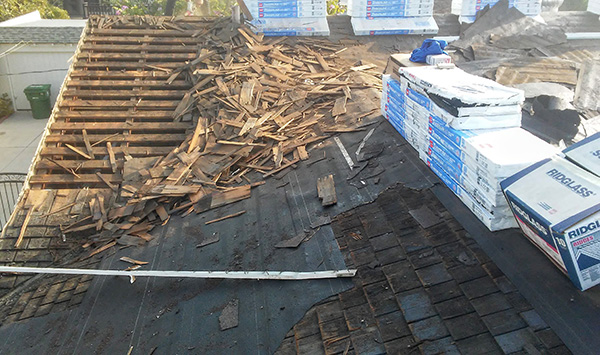 The Truth About Roofing Manufacturer Warranties